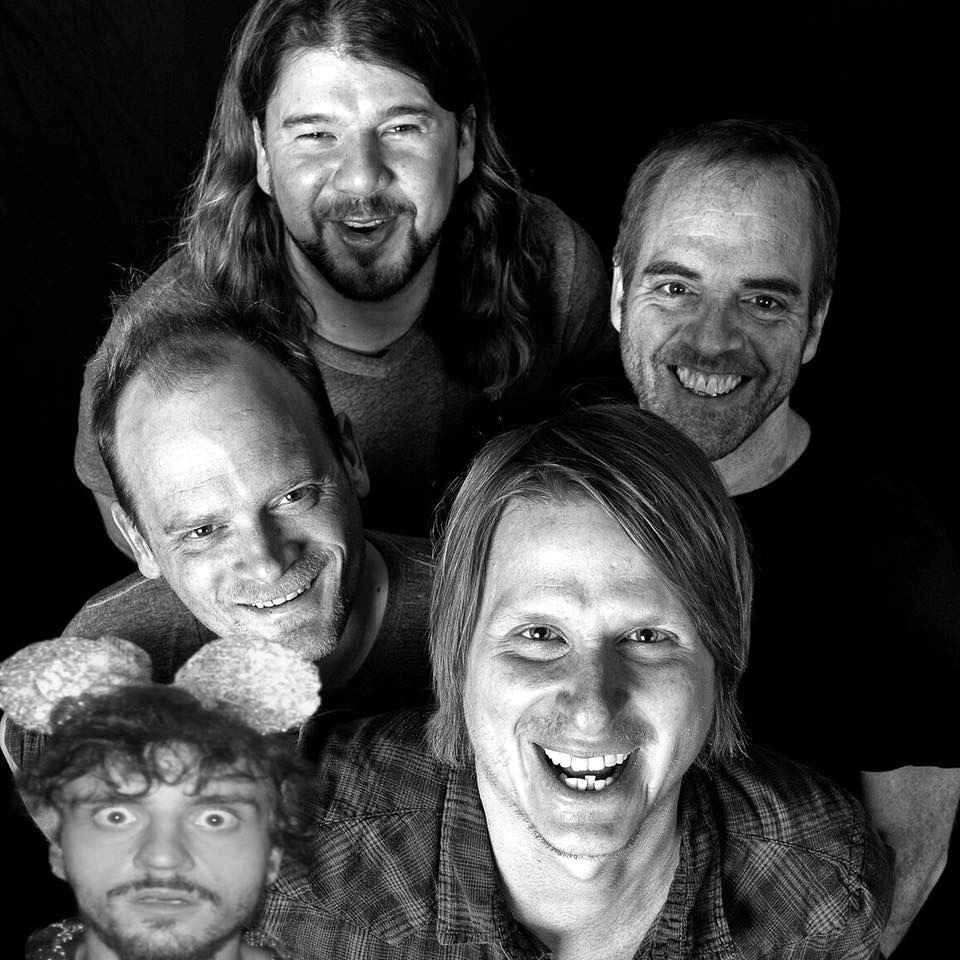 Join us for a fun, friendly gathering to celebrate the beginning of summer and getting to know our fellow neighbors! Featuring music by YARN with special guest, SILAS HERMAN, on Saturday, June 9th. The main course will be provided and beer will be on tap. Feel free to bring an app, dessert, or your favorite drink to share. Be sure to bring a cup and your dancing shoes. Robert Ave, Cedar Flat... be sure to ride your bikes, skateboards, bus it, car pool, and park respectfully so everyone can fit! Gonna be a barn burner folks!!
Thank you Eric & Katrina Pilcher (Moe's Original Bar B Que)
About Yarn;

Even the most dire circumstance can offer opportunity for new beginnings. Just ask singer/songwriter Blake Christiana or any of the other members of the once Brooklyn based Americana band called Yarn. At least that’s the conclusion they came to after a period of real life challenges that left the band splintered and unsure of their forward trajectory. Internal tensions were simmering. A new album was scrapped. A major move from Brooklyn to North Carolina added to the uncertainty. For a band that seemed forever on the verge of a big breakthrough, the future suddenly seemed cloudy.

“We were dealing with real life issues,” Christiana explains. “Broken relationships, a sense of having to regroup and put some things -- and people -- behind us. That’s what I was writing about lyrically in the new songs and it became kind of a catharsis. Nothing was contrived. We didn’t have to relate to it in the third person. We were living these circumstances, and that gave us the impetus and inspiration to share our sentiments. Ultimately those setbacks and difficulties led to new opportunities and allowed a little light to shine through.”

Christiana’s referring to the band’s album, the boldly optimistic This Is the Year. A seamless blend of vibrant, inspired, back porch melodies and narrative, descriptive lyrics that detail the challenges faced when one’s life is jolted off its bearings, the record documents in detail the band’s determination to move forward while balancing precariously on a line that forms a border between love and hate. It’s an album about re-evaluating relationships, making tough choices and sometimes skirting the rules, a tack that was inspired by musicians they admire -- Waylon and Willie, Merle Haggard and other Texas troubadours with a distinctly renegade reputation.

For Christiana, bassist Rick Bugel, singer guitarist Rod Hohl and drummer Bobby Bonhomme, it meant taking a fresh look at where they were versus what they wanted to accomplish. Bonhomme had recently returned to the fold after an extended absence, while another longtime member was purged. “The tension suddenly dissolved,” Christiana says, giving an audible sigh of relief. “Suddenly we were free to express ourselves without having to look back over our shoulders. This album is our emancipation.”

“I think this album is a stepping stone for us, one we desperately needed,” Bonhomme adds. “It marks a much needed change in direction. The title is appropriate. This is the year, because now we can look forward. This is who we are. For the first time in a very long time we’re not afraid of taking chances. The bond between each of the band members has never been better, and it’s that camaraderie that helped us move forward and created the kind of passion that is evident in this album.”

“This is our best album yet,” Bugel adds. “This is also the happiest the band’s ever been. The chemistry we shared in the studio and on the stage is nothing short of amazing.”

That’s certainly no small accomplishment, especially for a band that spent two years honing their chops during a Monday night residency at the famed Kenny’s Castaway in New York’s Greenwich Village. In effect, it allowed them to rehearse onstage, mostly in front of audiences that often ranged in size from five to fifty people on any given night. Five studio albums followed -- Yarn (2007), Empty Pockets (2008), Come On In (2010), Almost Home (2012) and Shine the Light On (2013). The band then took to the road, playing upwards of 170 shows a year and sharing stages with such superstars as Dwight Yoakam, Charlie Daniels, Marty Stuart, Allison Krauss, Leon Russell, Jim Lauderdale and The Lumineers. They performed at any number of prestigious venues -- Mountain Stage, Daytrotter, the Orange Peel in Asheville, the Fox Theater in Boulder, the 9:30 Club in D.C, South by Southwest, the Strawberry Festival, Rhythm and Roots, Meadowgrass and more, eventually accumulating a total of 1,000 shows, half a million miles and performances in 32 states. They’ve driven nonstop, made countless radio station appearances, driven broken-down RVs and watched as their van caught fire. They’ve paid their dues and then some, looking forward even as they were forced to glance behind.

Indeed, the accolades piled up quickly along the way. They received a Grammy nomination, garnered nods from the Americana Music Association, placed top five on both Radio and Records and the AMA album charts, garnered airplay on Sirius FM, I Tunes, Pandora, CNN, CMT and Roughstock.com, and also accorded the “Download of the Day” from Rolling Stone. Shine the Light On found shared song writing credits with John Oates (the Oates of Hall & Oates fame), and when audiences expressed their admiration, it brought the band a populist following of diehard devotees, popularly known as “the Yarmy.”

As odd as that might seem, it’s proof positive that Yarn have made their mark, and in their dealing with emotions, scars and circumstances, they find themselves in a position to share those experiences with others who have sifted through similar sentiments.

In an era of click-bait and sound bites, Yarn provides a real experience.  They're not just a live band, they're a band for people who want to live.

Gipsy Moon is a five-piece folk band based in the solititude of the Rocky Mountains of Nederland Colorado. Mixing original tunes with old world traditional songs, they provide a spetcrum of music ranging from folk melodys, to jazz improv, from retro slavic moods, to gipsy rhythms. They are gearing up to release a brand new album called ‘Songs of Olde’, an album of traditional songs from all parts of the world.

In 2016 Gipsy Moon released ‘Sticks and Stones,' an album that takes a further step away from their bluegrass roots and begins to explore a roots, world sound. “We came together and collaborated on the song in this album. I see us creating more like this in the future”. says Mackenzie Page. The album was produced by Tim Carbone of Railroad Earth and recorded at Silo Sound in Denver CO.

"Sticks and Stones takes listeners on a culturally and melodically rich journey and casts a wandering, nomadic path that dances back and forth across the gipsy folk genre.” -Marquee Magazine

Gipsy Moon has proven just what kind of band they are:  talented, skilled, driven, youthful, fun, intense, and veritable musical monsters in their own right. -The Lot Scene

Uploaded by RasBobre Recordings on June 28, 2018